Programming Magic The Gathering - Part 3: Players can do stuff

OK, so I've done a bunch of stuff before the last time I updated this blog. I'll be making multiple posts to talk about different things. Here I'll talk about choices!

In a game of Magic the Gathering, a player can make decisions. The decisions that they make can impact the game. From the most abstract perspective possible, that is all there is - a player gets presented with a list of choices - then they pick one or more options from that list. That choice does something to the game state. Repeat until one player wins. After writing this I realised that OIDChoice is basically all the choices a player would need to make. Pretty much every choice is a choice between objects, other than a few I can think of:

However, there is a complex choice that I haven't mentioned - the choice of what to do when you have priority.

Here's the PriorityChoice class which automatically fills it's option list with what the player could be currently doing. 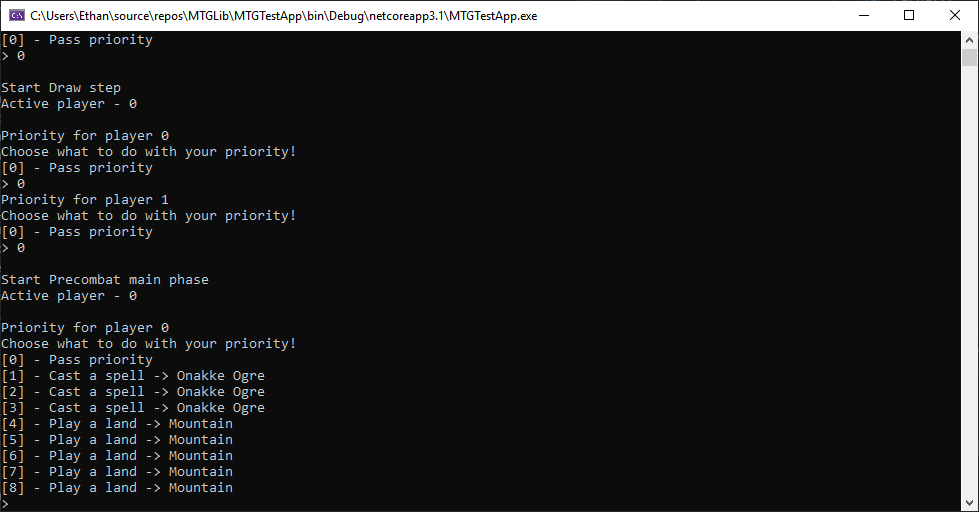 You can play some lands, cast your cards or pass without doing anything. Perfect!

Now on to how the program actually makes and resolves these choices.

The end goal for the program is a library that I can plug into anything, allowing an external program like Unity to read the board state and display it. However, an external program will not have time to wait for MTGLib to finish doing whatever it's doing - the main game loop needs to run in a separate thread. But then how do you communicate with that thread?

Have a photo of my vague notes from when I was trying to work out how all this is going to work. 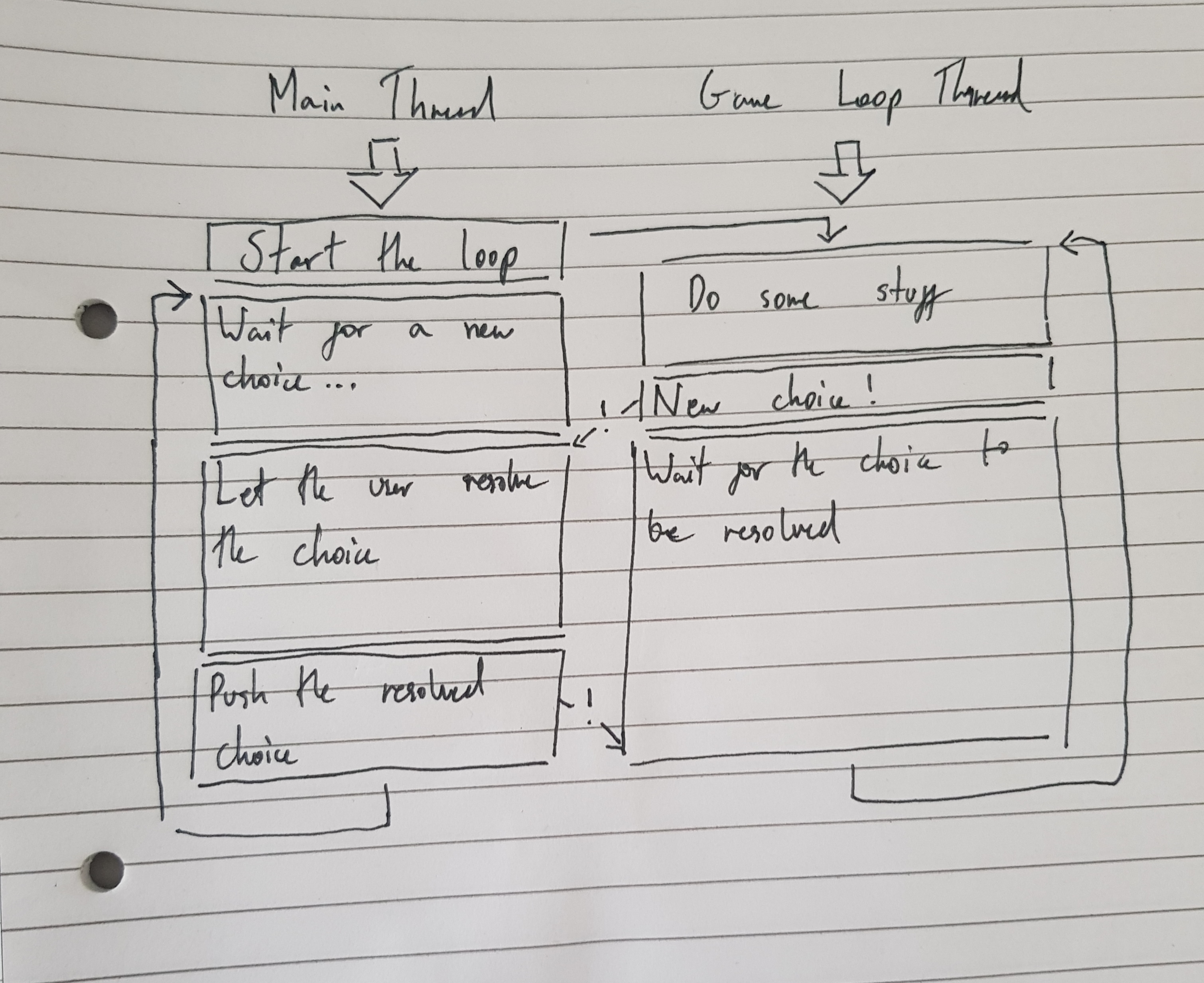 Once the game loop thread starts, the main thread waits for a signal that there is a new choice to be resolved. Once there is, it wakes up and resolves that choice, however it wants. It doesn't matter if it's Unity generating some user interface, a bot is automatically deciding what to do, or if I'm just running unit tests - all MTGLib cares about is that the choice gets resolved.

Once the choice is resolved, the main thread pushes the resolved choice to MTGLib and sends another signal to wake it up. Now MTGLib can continue until there is a new choice to be made!

Here is the code for the main thread:

And here is the code in the MTG object, in the game loop thread:

So during the game loop, the program just needs to call PushChoice whenever it wants to prompt the user for a choice, and execution blocks until that choice is made. For example, here is the Player.Discard function doing exactly that:

This thing is beginning to look like a game of sorts. Next post I'll talk about implementing steps and phases and Magic's weirdly awkward system of priority.